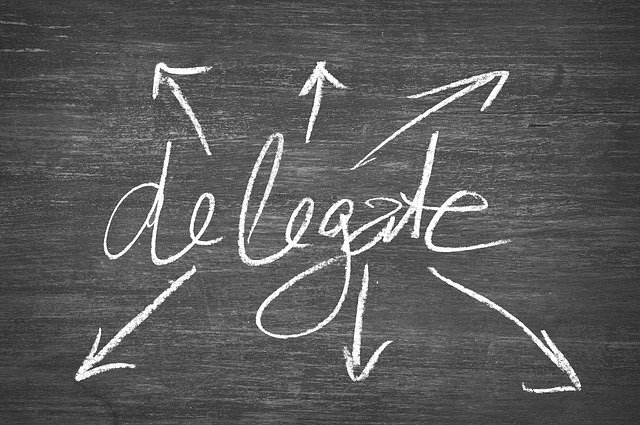 You make decisions on everything you’re asked about, so you must be in control, right?  Probably not as much as you think.  A lack of process creates an artificial sense of control for decision-makers.

One of the hallmarks of a growing business is the lack of clear decision authority.  The owners used to make all of the decisions to get them to this point.  But as things grow, it becomes impossible for the small group of leaders to control their business with any structure to delegate decision-making authority.

I had a client who had an “old hat” spend $30k on some building upgrades in one of the softest cash months. Intentions were good and would save money in the long run, but the timing was terrible, and the project wasn’t as important as some other priorities and could have been spent two months later when more cash was available.

Lack of delegated authority puts momentum in control instead of you.

But what about when you want to change direction?

When you need to make a change the lack of real centralized control will become apparent.  Your team Decisions will continue to make decisions based on momentum instead of the new direction.

Business growth is a fantastic thing. But, growth also means you need to refine your delegation of authority to keep control based on your decisions instead of momentum.

The most common and logical system is to delegate spending authority based on job title.  There should be some logic and consistent rationale around the job titles in your company, so take advantage of that and use it as the way to delegate decision authority.

Decide how spending decisions are made at the top

Most businesses have a group of people who are leading them.  Each person in that group has a different focus or priority.  In some cases, there is a single top-level person as a CEO or President.  In many cases, it’s a group of more or less equal partners.

Choose how you will handle the “unlimited” expenses.  Three commonly used examples are:

Define a process of escalation

In order for this to work, you must have a well-oiled escalation process.  Make the decision authority well known across the organization.  The simplest version of this is a spending request form.  The more complicated version of this is an app or information management software.  Most of the time, the appropriate escalation is to the manager of the requestor.

The form should also include a few key questions such as:

Decide how you will communicate and document approvals.  I’ve seen approvals for tens of thousands of dollars over a text message.  We all laughed at that joke of a process, but it’s what happened.  We changed that process shortly after. Decide what level of documentation is required for each level of spending.

The gatekeeper of spending is usually the finance or the purchasing organization.  So find a way to get requests for spending to them at the right time, and give them the authority to say “no”.  If a finance admin is asked by a director to do something, make sure they feel comfortable and safe prioritizing the process.

Once you have this great new process of delegation, You need to have a refined way to communicate priorities. Make sure you have weekly and monthly newsletters or announcements of the highest priority things the company is working on, and what types of things to start or stop approving.

Where will your business be in six months?

Wouldn't it be nice if you could predict what your P&L and Cash balance will be six months from now? How about if you could try a few decision scenarios you have in mind and see how they impact that prediction? We do that. We do forecasting and scenario planning.

Send a note to: Nate@SmallBusinessDecisions.com and we'll schedule time to discuss what you can get from an accurate forecast and how we can help you make some better business decisions.

We believe every small business owner should have access to clear, concise, and effective tools that will help them make better decisions.  Consider us your “Functional Excellence” department for business decision-making processes and tools. Tools and downloads are available to subscribers.